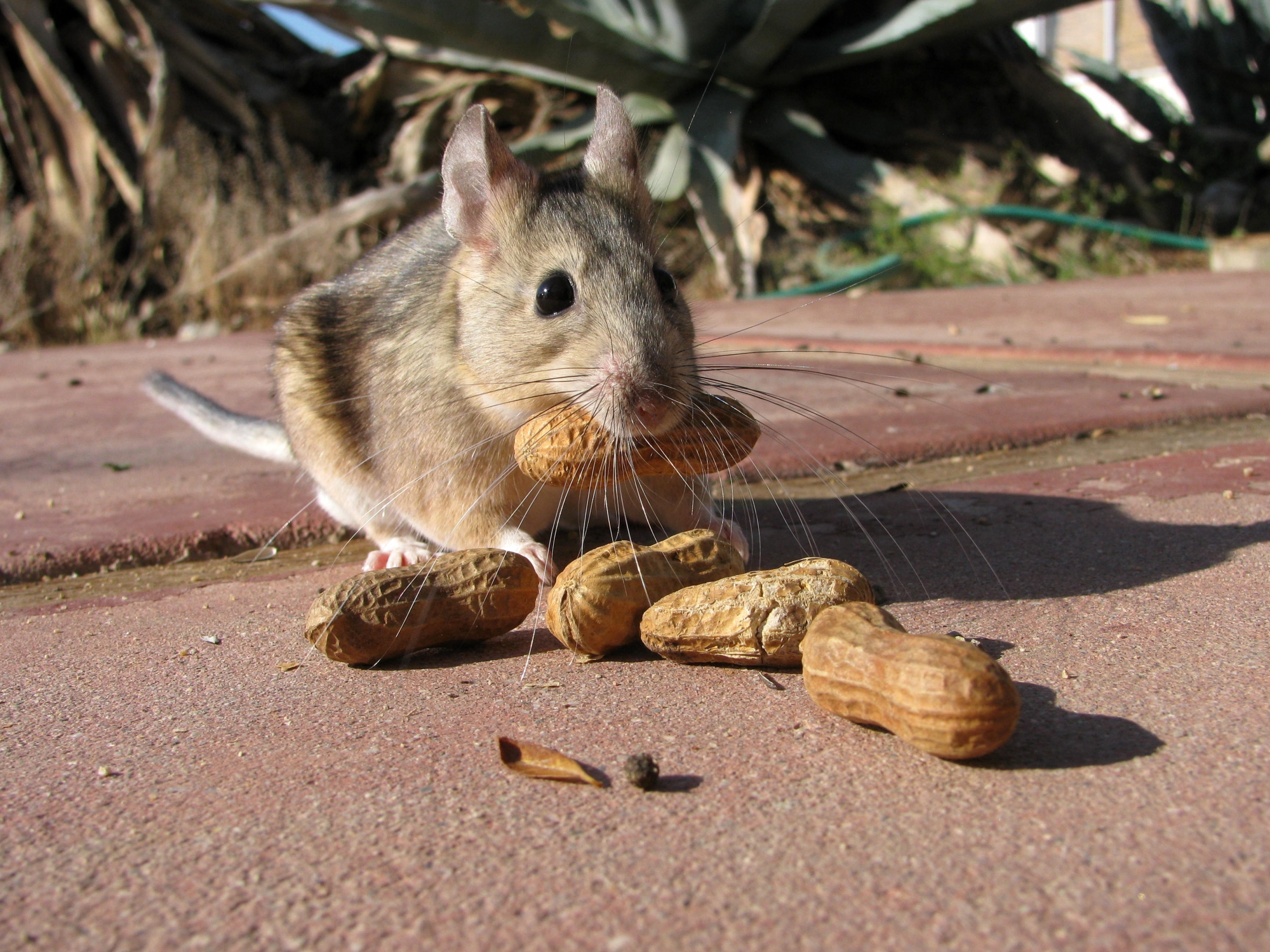 Eight different species of pack rats live throughout North America, though their common name is officially woodrats. Eastern, whitethroat, southern plains, bushytail, Mexican, desert, dusky-footed, and Stephens' woodrats all hold distinct territories in the Nearctic region and have different appearances and diets based on their distribution.

The rodents get the name pack rat from their tendency to collect items, like jewelry, cooking utensils, cutlery, and can tabs. Additionally, they may be called trade rats because some species leave items behind, like pinecones, instead of just taking.

While they are similar in appearance and size to Norway rats, pack rats have hairy tails as opposed to scaly, soft and fine fur coats as opposed to coarse, and large ears. Their fur typically appears brown to gray in color. Some species are colored uniformly, while others have lighter underbellies or differently colored feet.

The thickness of fur and overall size of woodrats is dependent upon where in the continent they live.

The various North American species of pack rats live in different sections of the region. Eastern and whitethroat woodrats can be found through Northern Mexico, the Southeastern United States, and as far north as Pennsylvania. Southern plains and bushytail species are found in Western Canada, the Northwestern United States, and in parts of Texas. Mexican and desert woodrats live primarily in Mexico but can also be found in California, Nevada, and New Mexico, as well. Finally, the dusky-footed and Stephens' pack rats live in parts of California.

Woodrats live at various altitudes and survive in diverse climates. They construct homes out of shredded plant material in the ground, trees, and rocky outcroppings.

Since they carry diseases and are wild animals, pack rats should never be handled by untrained individuals. If there is a woodrat infestation, professionals should be called to deal with the problem. Critter Control technicians have the tools necessary to trap the rodents safely and humanely.

Request a Quote
Pack Rats
Animals or rodents in the attic or kitchen? Rodent droppings in your home? Those scurrying and scampering critter sounds in the attic may well be pack rats. Call your local Critter Control office today at 801.997.9965 for effective pack rat removal and exclusion services.
Call For A Fast & FREE Phone Estimate Today
801.997.9965
(No Cats & Dogs)